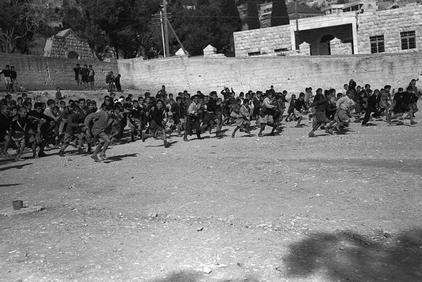 The Nazareth Baptist School (NBS) was established as a primary school in 1935-1936 school year by Rev. Hanna Beshoti, pastor of the Baptist Church in Nazareth and supported by the Southern Baptist Mission in the United States. When the Second World War erupted, the school was closed. NBS was reopened by the Baptist Convention in Israel after the end of the war and the establishment of the state of Israel in 1949. Through the years, several Baptist Americans served in the school as General Directors, including Dr. Dwight Baker, Paul Rowden, James Smith, Milton Murphy, Herman Petty, Ray Hicks, Floyde Anderson, Dale Thorne and Gene Eller. Fuad Haddad, a local Nazarene, took on the position of Principal and General Director in 1991 until 2004. Botrus Manosur was the General Director from 2004 to 2021.

NBS has a rich history of leaders who have given many years of their life to the school. They have influenced many students who have impacted the Nazareth community, the country and globally.